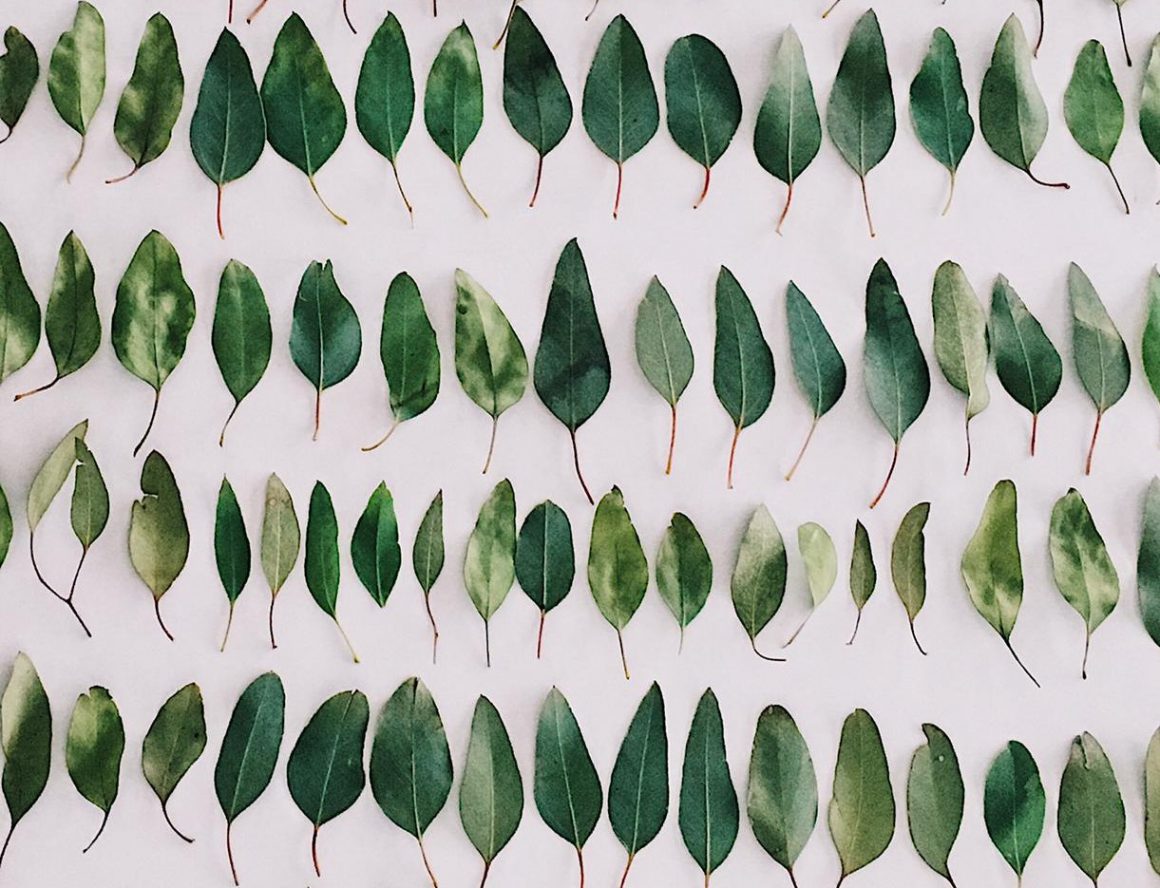 WHY AND HOW PLANT COMPOUNDS PROTECT FROM UV

This will seem long winded, but in order for me to explain why and how plant oils and extracts protect from UV, you will have to understand the relation between electromagnetic energy, plant molecules and their structure, electron excitation and the bases of photosynthesis.

So bear with me, it took me a year of reading studies and learning about different disciplines of science to finally piece it all together and get the complete picture.

Evolved to harvest light, plants absorb sunlight to produce sugars in a process of photosynthesis. The molecules involved in this process are type of pigments that capture the energy of specific wavelengths and transfer it to the site of photosynthesis. However in some conditions, sunlight has the potential to damage the machinery plants use to collect light and that in turn inhibits their ability of optimal function and growth.

For this reason plants evolved some of the most highly sophisticated mechanisms to adapt and to thrive in their dynamically changing environment.

Sunlight is a type of radiating energy that travels in waves. We’ve classified it into 7 categories from long wavelength, low energy Radio Waves through Microwaves, Infrared, Visible Light, Ultraviolet, X-ray to short wavelength, high energy Gamma Rays. According to quantum mechanics, sunlight has properties of both waves and particles and a single package of energy, called a “photon” has a defined amount of energy proportional to the frequency of the electromagnetic wave.

Plant molecules and the energy they absorb

Plant pigments – chlorphyll or carotenoids – and molecules such as phenols and flavonoids, differ in the type of photon energy they are able to absorb and that is what we call their Absorption Spectra. (This website explains it in detail if you would like to learn more.)

The reason for this has to do with their specific chemical structure, as it is the structure, that dictates function.

This is essential to understand and I will explain it better in a moment.

Chlorophyll, the most abundant green pigment in plants, absorbs energy in the Visible Light spectrum, between 400 to 700 nm and has the maximum absorption between 450-475 nm and around 650-675 nm. Carotenoids absorb light between 380 and 500 nm and peak around 450 nm.

Inside the leaf, chlorophyll is positioned next to other molecules, because to harvest the maximum energy provided by the sun, plants produce many types of organic molecules that absorb light at a wide range of wavelengths.

When a specific type of organic molecule encounters just the right photon of energy, it absorbs it and the electron in that molecule changes from “ground state” to “excited state”.

This causes the electron inside the molecule to jump to a higher level of energy in a process of electron transition. This lasts about few nanoseconds and once the electron falls back into its original state, the energy is released and can be transferred into the next molecule until it finally reached the site of photosynthesis.

But you may wonder: why do molecules absorb light in different wavelengths?

The answer has to do with already mentioned rule; that it is the structure of the molecule that dictates its function.

But what does it mean in reality?

The relationship between structure and function in organic molecules

Structure dictates function – in simple terms what it means is that how something is built determines what it does. For example: a door handle opens a door, because it’s contains a latch and a release mechanism.

As we know all matter is made of atoms. Atoms are made of protons, neutrons and electrons. An electron occupies a space called an orbital and an orbital can be of lower and higher energy.

An electron in its normal state occupies the low energy orbital but when given an extra energy, like when it receives a photon of light, it becomes “excited” and jumps into a higher orbital.

What’s important here is this: the gap between the low energy orbital and the high energy orbital an electron can occupy, must equal exactly the amount of energy supplied by the photon for the electron to make the jump.

Are you still with me? Good, its down the hill from here on.

So it is the size of the gap between the orbitals, that determines how much energy an electron needs to absorb to make the jump, and the size of that gap is determined by the particular molecular structure of a given molecule.

The gap between the lower and higher energy orbital, differs from molecule to molecule and this is why particles absorb energy at different wavelengths.

This is a simplified and not exhaustive explanation, but for the purpose of making it easier to understand, I am omitting some details.

Great. Now that we got this out of the way, I can explain how plant molecules protect from UV light.

Few paragraphs above I mentioned carotenoids acting as light harvesting molecules, capturing the energy and passing it on to the plants sites of photosynthesis. But that’s not the only job carotenoids have. They have at least 3 other known functions; one of them being diverting excess sun energy and dissipating it as heat. This is the exact opposite of the light capturing function explained above, so it may seem confusing, however think about this scenario:

When a leaf is exposed to just the right amount of radiation, pigments are used to capture the suns energy to feed the needs of photosynthesis, but when the leaf receives more energy than it can process, it is under the risk of damage to its Photosystem machinery. Overloaded machinery can cause energized electrons to bump into other molecules creating free radicals such as Superoxide or Singlet Oxygen. These molecules are very dangerous inside the plants and can cause a lot of damage and even death, so it is essential that they are rendered inactive. Carotenoid’s third known role is exactly that: singlet oxygen and triplet chlorophyll scavenging and inactivation, alongside other anti-oxidants that are produced by the plants for this purpose.

Photoprotection from damage in the Ultra Violet region

So far what I have described involved molecules absorbing in the Visible Light region (400 to 700 nm). Excess Ultra Violet radiation (280 to 400 nm) can also cause damage to plant’s Photosystem machinery, as well as to it’s DNA, RNA and plant proteins. To protect themselves from the excess UV radiation, plants produce wide range of UV screening compounds, which are accumulated in the leaf. These sunscreening molecules are phenolic compounds such as phenolic acids, flavonoids, tannins, coumarins, lignans, quinones, stilbens, and curcuminoids.

Do you remember the relationship between structure and function and how the gap between two states of electron excitation dictates their absorption spectrum?

Chlorophyll and carotenoids absorb highly in the Visible Light region while phenolic compounds absorb the most strongly in the Ultra Violet light region.

Phenolic compounds absorb most strongly in the UV region because their peculiar structure containing aromatic rings, π electron systems (pi-electron) systems and conjugated double bonds, respond most strongly to the photon energy in the UV region. This in itself is another topic that can fill a book to explain in detail, but the principle for this is the same: structure dictates function.

The Home Experiment that went viral

The sunscreening properties of plants 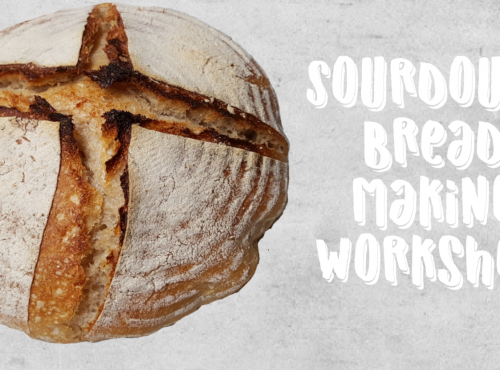 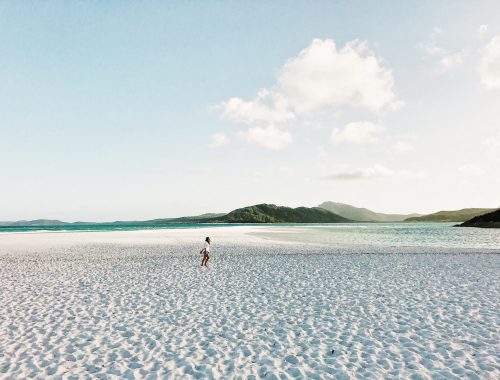 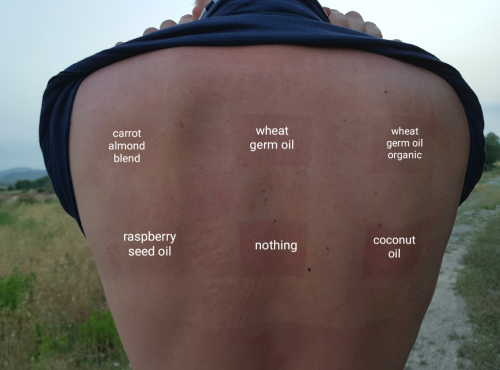 The sunscreening properties of plants